celebrating its 34th year as the premier fine arts festival of the Quad Cities, showcasing top artists throughout the greater Midwest.

Thank you to our 2021 generous Sponsors 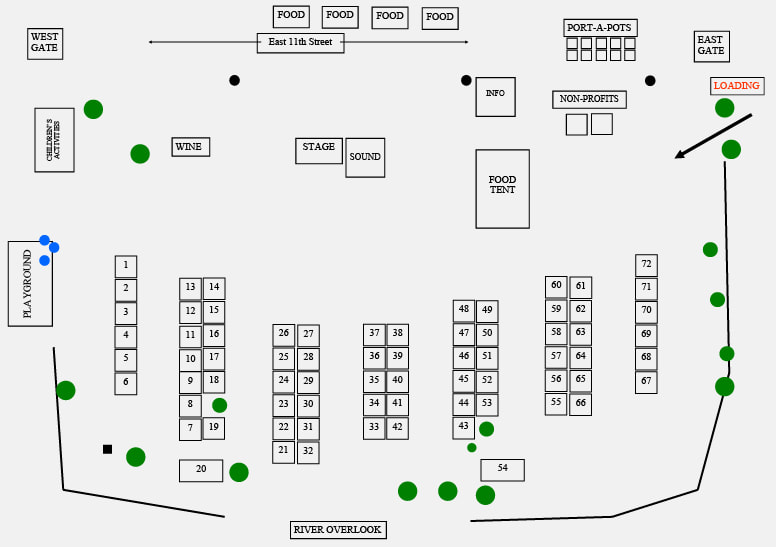 Although born in the Midwest, Maurer grew up in New Albany, Indiana and suburbs of Montreal and Toronto, Canada. Always drawing as a child, her mother expressed concern when those drawings began to fill multiple carboard boxes. Maurer notes, “It brought home the realization that art had to matter.” She completed a BFA in printmaking at Miami University, Ohio and attended the prestigious Blossom Summer Program at Kent State University with visiting instructors Elmer Bischoff, Duane Hanson, Harvey Littleton and Lowell Nesbitt. Post-graduate degrees of an MA in art history and an MFA in painting were concurrently completed at the University of Iowa. There, she was introduced to museum work through an assistantship with the University of Iowa Museum of Art.
​
Maurer began a career in museum work at the Cedar Rapids Art Center (1979-1982) as it transitioned to become the Cedar Rapids Museum of Art, followed by positions at Augustana College (1983-2013), first as gallery curator, then becoming the first director of the Augustana College Art Museum (now Augustana Teaching Museum of Art). In 1988, she was recognized as the college’s outstanding administrator with the Harold T. and Violet M. Jaeke Award. She brought the Quad Cities to national attention as a board member of the Association of Academic Museums and Galleries (2008–2013). In 2013, the Argus/Dispatch recognized her as a community leader with an Argpatch Award. She wrote exhibition reviews for River Cities Reader, co-wrote many exhibition catalogs and co-authored with Kent Olson the article “Puebloan Plates: Innovation Becomes Tradition” for a 2014 issue of American Indian Art Magazine.

As of June 2014, she joined the staff of MidCoast Fine Arts, advancing to director in 2015. MidCoast served the Quad Cities area with three gallery sites, studio and gallery spaces, and visual art exhibitions and programs, including Riverssance. MidCoast disbanded in 2020, facing Covid-19 shut-downs, and Quad City Arts has taken on the event.

Currently Maurer teaches Art Appreciation and Art History at Black Hawk Community College. “I love giving local students that first leg-up in higher education.” She is a long-time member of the Rock Island Art Guild, a community group known for organizing the Rock Island Fine Arts Exhibition, a regional juried art competition now held biennially at the Figge Art Museum. She was an early board member of the Rock Island Broadway Neighborhood Association and vice-chair of the mayor’s committee on a public pool in Longview Park. Over the years, in addition to giving numerous local art talks and participating in area art exhibitions, she has been a visiting artist in the Rock Island elementary schools and taught art at North High School in Davenport and Eastern Iowa Community College, Belmont campus.

Maurer said of this Harley Award: “It is a bit stunning to receive an award that was first presented in 1988 to an artist of such high caliber, John Bloom. The award in every sense also goes to the MidCoast board and staff members who gave so much to the vitality of art in our community.”
​

About The HARLEY AWARD

MidCoast Fine Arts and Quad City Arts honors individuals who've positively affected the visual arts and artists in the Quad Cities during their lifetime with the prestigious Harley Award. The Harley award has been presented since 1988 and was first awarded to John Bloom, a DeWitt, Iowa native who studied with Grant Wood. The prestigious award has been awarded to artists, teachers, museum officials, and people who've affected the arts and the artists in the Quad-Cities in their lifetime.
Past Harley Award Winners